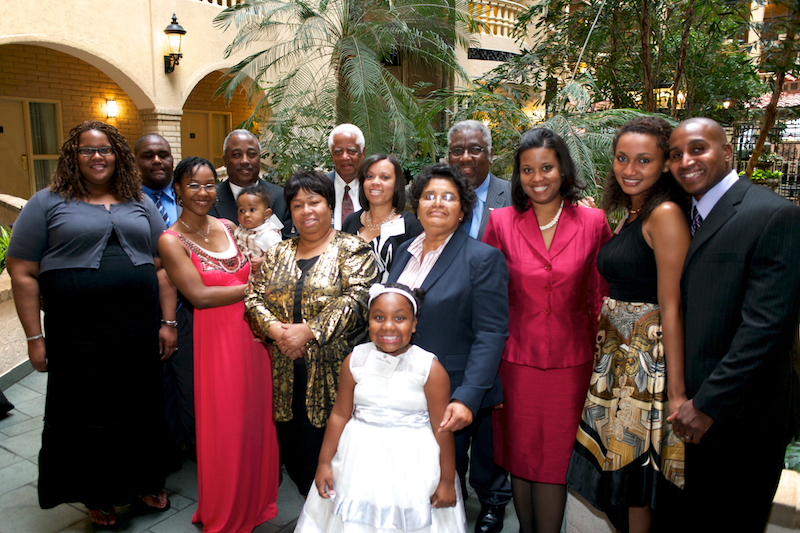 One of the most colorful children of the King Sr. is Andrew Atlas. Andrew was born between January 1849 – 1850 in either Lafayette County, Arkansas or Carroll Parish, Louisiana, and died December 14, 1923 in Lake Providence, LA after being hit by a train. Andrew was a farmer, paid taxes on animals and livestock, and was a registered voter.

He was also a makeshift veterinarian (his tools, pictured left). Farmers, for miles, would send for him in hopes that he could cure their animals of sickness or solve whatever problems they were having. Currently, some of Andrew’s tools are in the possession of his descendants in Oak Grove, West Carroll Parish, LA. In addition to being a farmer and makeshift veterinarian, Andrew also served as a day worker. In the winter season, he would often stay with his nephew Louis Balfour/Bareford Atlas, Sr. at his farm on Hood Lane Road. Louis was his nephew through Andrew’s brother King Atlas, Jr.

“After Andrew became an adult, he was known to walk for long distances at one time, i.e. from Lake Providence to Oak Grove [about 15 miles]. He was referred to as the “Animal Doctor” because he castrated farm animals. Andrew sharecropped with Louis Bareford Atlas Sr., for a period of time.”
– John Atlas, 1985

A bit of debate has sprung up based on the death certificate record of Andrew Atlas. Prior to June 2007, it was believed that King Atlas, Sr. and Rachel Day were the parents of Andrew. Upon further review of Andrew’s death certificate, another woman, Mary Dugan, is listed as Andrew’s mother. She was born in Alabama. The informant on the death certificate was Andrew’s nephew Louis Balfour/Bareford Atlas, Sr. who was very familiar with Andrew. Research efforts are currently underway to verify if Mary Dugan was only the mother of Andrew, or if she was the mother to all of King Atlas, Sr.’s children. In either case, Rachel Day may have helped raise the children after Mary Dugan’s death or married King Atlas, Jr. when his children were adults.

The following notations are the locations where Andrew Atlas and his family were living based on census and parish tax records:

Andrew Atlas has been verified as being widowed as per his 1900 US Census record and his death certificate but efforts to locate his wife are continual. He was said to have had as many as 22 children living in parts of Louisiana and Mississippi.

To date, research has been able to verify four children: one with Nancy Williams and three with Mary Johnson.

Nancy Williams was born between 1830 and 1857 in Virginia or Louisiana, and died unknown. She was a domestic servant who was employed by W.S. Deeson and Malachi DuBose, who were prominent citizens of Lake Providence, East Carroll Parish, LA.

Mary Johnson was born December 1857 in Louisiana, and died December 31, 1923 in Oak Grove, LA. She eventually became Mary Hopkins and it is believed that her mother was a part of the Trail of Tears as she was a Cherokee Indian.