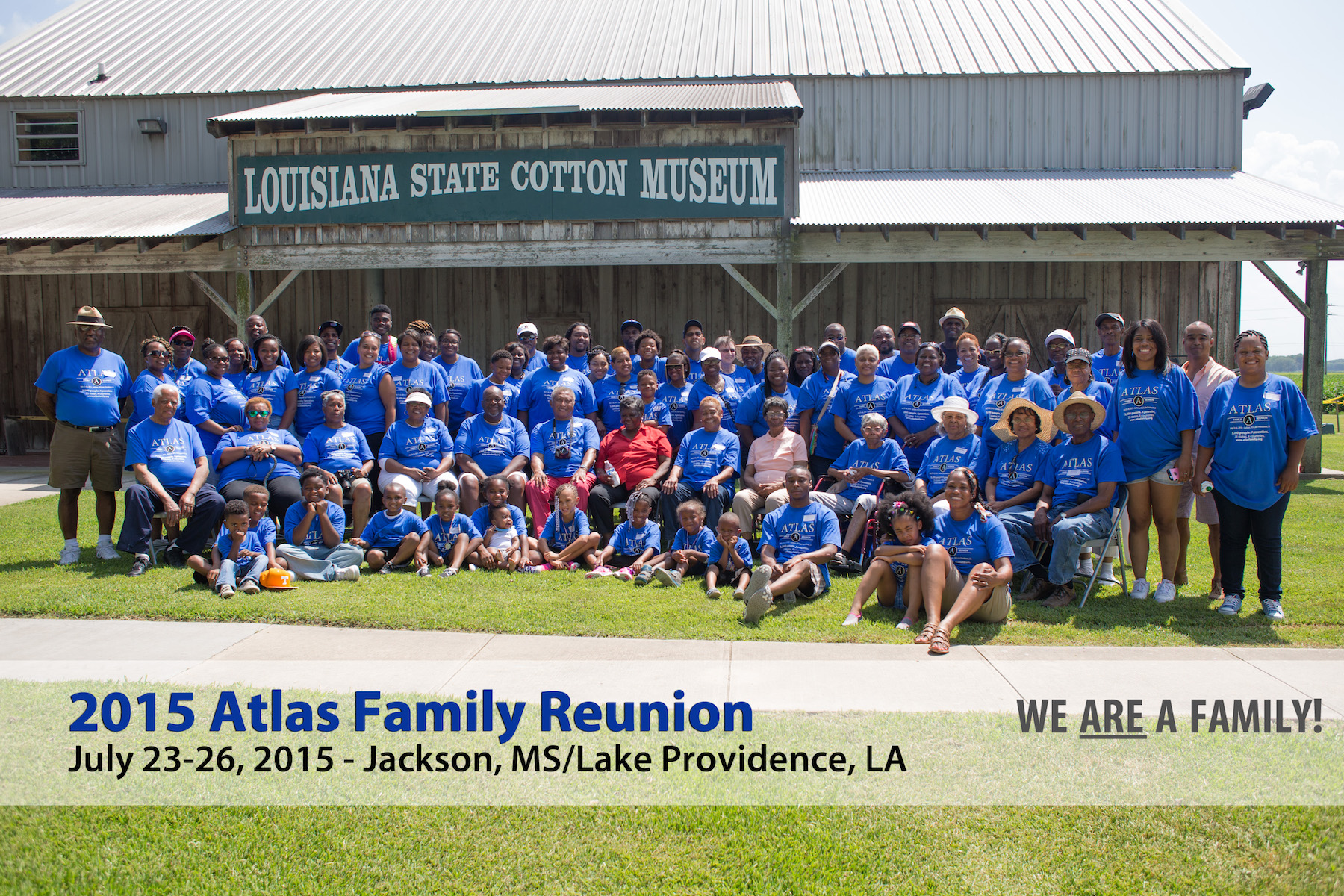 While the exact starting date has not been confirmed, family members agree that the Atlas family reunions began as early as the 1930s when the children of Louis Balfour/Bareford Atlas, Sr. would return home after they had left the rural south and moved to places in the midwestern, western, and northern United States.  These impromptu reunions continued throughout the 1940s, 1950s, and 1960s as family members would gather for Thanksgiving and also attend the Bayou Classic football game between Southern and Grambling Universities.